Africa, In April, 2019 we had the opportunity to give Father Edeh founder of the Center for Peace

In April, 2019 we had the opportunity to give Father Edeh founder of the Center for Peace, Justice and Reconciliation, Center for Eucharistic Adoration, of the orders of the Religious and Priests of Jesus the Savior, and of the Contemplatives of Jesus the Savior; three small relics of our Mother which he received full of love.

And at Mass, Our Lady placed in our hearts that we should take Her to the whole community. We spoke to Father Edeh, we told him about the Mission and he said: 'we'll see what She tells me´.

That's right, She did everything by Will of God. On September 4th 2019, we started our Lady's path of love for her little ones in Elele, we traveled from Miami to Istanbul and from Istanbul to Port Harcourt, where neither our suitcases nor our work tools arrived: vests, documents, brochures and enthronement prayers. Despite that, we were surrounded by a love and a Peace that is not explainable. We didn't have any clothes and just being with Her filled everything. We weren't even sure if they already had the frame for the image ready, but we knew God had everything in control.

Elele is a little piece of heaven on earth and they did not know anything about Our Lady of Guadalupe, but their eyes lit up when we met anyone and told them about Her.

They welcomed Her as the Queen and placed the Image in her carriage. The fact of choosing the frame for Her was a whole ceremony, it was beautiful to see so much veneration. We were told the Image would be Enthroned with the Nuncio on Saturday, September 7th, but it could not be done for the multiple activities they had scheduled with him; so we placed the Image at the Perpetual Adoration Chapel, where the seminarians were delighted to be with her and all pilgrims as well.

Finally, on the September 8th (Sunday, her birthday) we were told that we will officially give the Image to Father Emanuel Edeh, who was very excited.

We experienced trials that are not worth mentioning, because a Missionary must always trust and learn from Divine Providence.

In the video you can see what happened when we presented Her Image. Nor there are words to explain what it felt like being in that place. After that, people would come to ask us what her name was again and wrote it down. Their faces were full of light as they thanked us for bringing her. Praised be God for planning everything. At the Mass,  approximately 5 bishops, 1 Cardinal, 20 priests, 26 seminarians, 46 nuns, 110 pilgrims from various countries and more than 5,000 pilgrims from Africa attended. 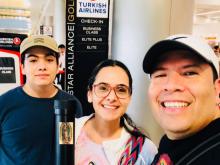 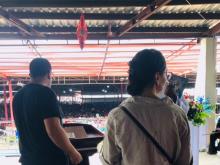 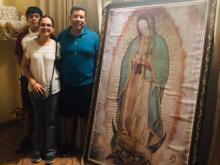 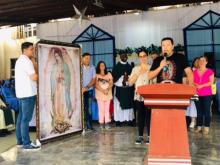 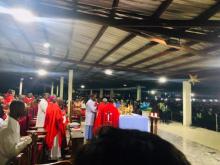 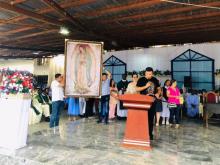 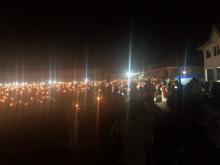 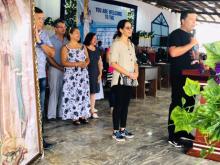 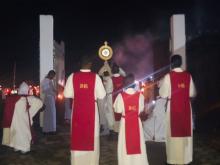 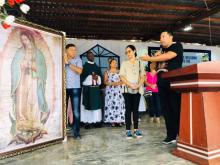 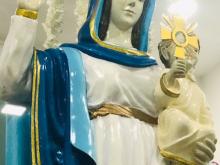 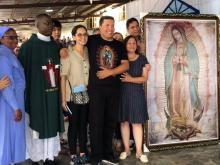 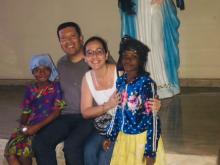 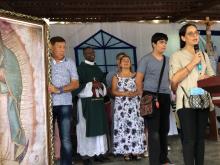 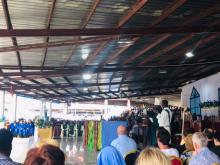 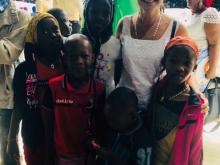