CONSECRATION RENEWAL OF ST. PAUL THE APOSTLE CHURCH TO THE SACRED HEARTS OF JESUS AND MARY.

On Sunday, November 26th, 2017, within the solemnity of Christ the King, the parish of Saint  Paul the Apostle did the 2nd renewal of their consecration to the Sacred Hearts of Jesus and Mary. The Mass was celebrated at 8:00 p.m. by father Roberto García González, who in his homily said: " May the Consecration make us merciful…the biggest thing is not to sin but become hardened of heart to the needs of others, not to be understanding and merciful, turning our backs on those who need us… that is why the country is in its current state,  because the people’s hearts are becoming hardened" and we are losing the sense of authority. In contrast, we should bow down before the people who would rather be without to help the suffering…because these people have authority; and as children of God, we should never bow down to injustice. This is what we are asking for as we renew our Consecration."

About 200 people were consecrated. The invitation was made to those who had already consecrated and the community in general, to participate in the catechesis during the fifteen days prior at the end of each Mass. Within this celebration,  two new missionaries were added to the team and  to whom the priest gave their badges and their missionary backpack. 20 families acquired enthronement Kit.

The Committee of the city supported them... We thank God for the achievements of the Mission's Committee in that parish, for their effort, their work and dedication to carry out the renewal of the Consecration. 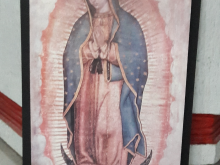 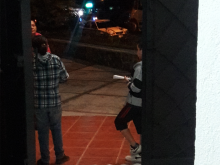 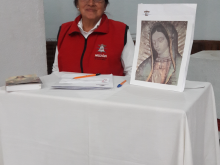 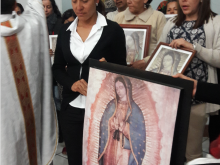 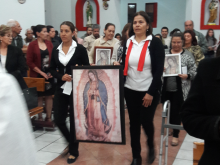 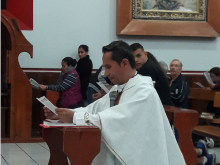 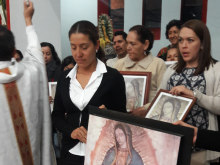