It arrived at the cities of Lima, Callao, and other provinces of Peru.

Our Mission,  being present in different parishes, we had the gift of being custodians of this pilgrim image.

On January 2nd 2019, the Mission was present at a vigil organized by Monsignor Jorge Escorcia, vicar general of the Diocese of Callao, at the parish of Santa Rosa del Callao, where the Holy Rosary was prayed with the meditations of the sorrowful mysteries and with a small talk about was given to the faithful who pilgrimaged that day about consecration.

On January 18 We were also accompanying in the vigilance organized by the Episcopal Vicar of Pastoral and evangelization of the Archbishopric of Lima, Fr. Luis Gaspar, in the Apostolic Nunciature of Peru, in commemoration of one year of the visit of Pope Francis to Peru. Where all the groups and lay movements attended.

To close our participation in this beautiful visit of the pilgrim Virgin of Fatima, on January 19th, 2019 at the Sanctuary  of the Sacred Heart of Jesus of Barranco, Lima we were her custodians and prayed the rosary with the pilgrims who visited this sanctuary. About 600 people attended to the organized night Vigil.

We have had a great blessing these days, accompanying and praying with the gift of this Fatima visit to the mission Peru.

These pictures were taken on January 18th, 2019 at the Apostolic Nunciature of Perú 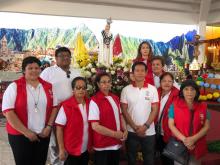 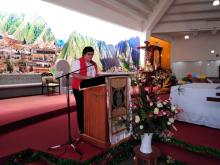 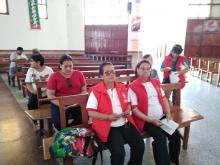 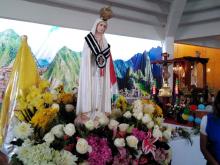 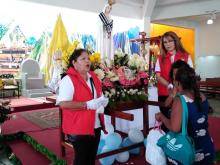 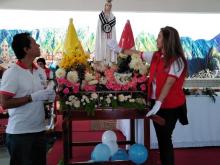 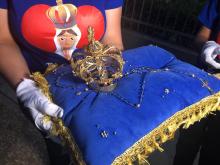 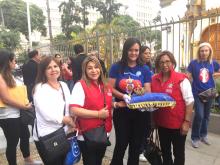