The Mission For the Love of God Worldwide is part of the committee 'Misión Fátima Colombia 2018' that has been in charge of the visit of the pilgrim image of Our Lady of the Rosary of Fatima to Colombia.
The act of consecration is taking place in each place where the Virgin is visiting with the text of the Consecration for Parishes and Dioceses of the Mission for the Love of God. We began with the renewal of the consecration of Colombia to the Sacred Heart of Jesus and the Immaculate Heart of Mary on November 18 in the Plaza de Bolívar. Monsignor Julio Solórzano presided.
The Consecrations have been made in the following 15 Dioceses (in each Parish that Our Lady has visited):

In the Parish San Leonardo Murialdo and in the Chapel of San José Educator, where the parish priest is Father Patricio Fernando Castro, Ecuadorian, Josefino, the visit of the Pilgrim image of Our of Fatima was received on July 7 and 8. The image was taken to the San José Chapel and there it was received by the Josefinos Fathers and the community after a short procession. There, Father Ramiro Altamirano, crowned her, prayed the Holy Rosary and presided over the first Holy Eucharist. Many people participated. In this Chapel the image was all day. At 7pm the procession began through the streets until San Leonardo Murialdo, the participation of the faithful was impressive and we were praying the Holy Rosary.

In San Leonardo Murialdo, She was received with the Holy Eucharist, and the Church was crowded with people. The image of Our Lady of Fatima was widely visited throughout the night and guarded by some members of the Fontibon Mission. At 6am the Rosary of Aurora was held and the Eucharist on Sunday began and between each Eucharist the Holy Rosary was prayed. It was impressive the number of faithful who participated and particularly the large number of children who attended the different activities that were carried out.

At 8:30 p.m. we took her to the Sanctuary of Divine Mercy where they picked her up to travel on Monday 9 to the city of Riohacha in the department of La Guajira.

This work is truly heaven sent, because it is amazing and wonderful to see how many corners of Colombia have been consecrated very quickly, fruit of the action of the Holy Spirit through the union of so many Catholic groups and movements. 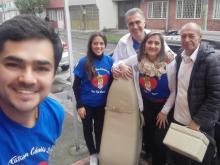 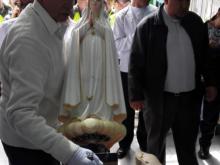 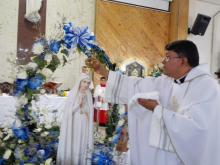 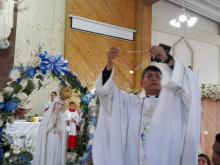 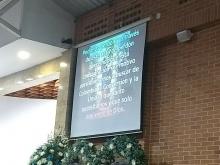 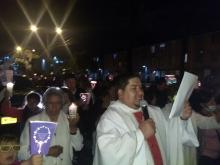 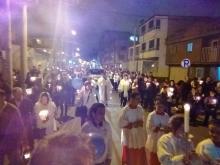 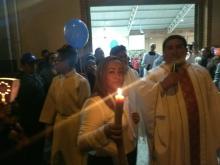 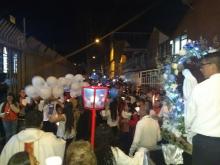 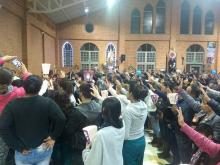 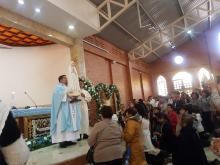 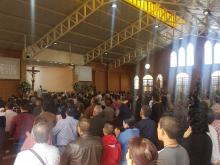 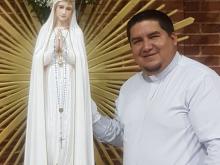 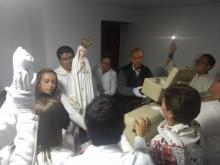 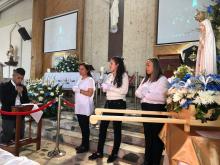